The St. Clair River is approximately 64 kilometers (40 miles) long, flowing in a southerly direction. Together with Lake St. Clair and the Detroit River, it forms a connecting channel between Lake Huron and Lake Erie.  This link makes it a key shipping channel in the Great Lakes Seaway system. The St. Clair River is a resource for water supply, fish and wildlife habitat, commercial and sport fishing, hunting and trapping, swimming, recreational boating, and nature studies. Fish, mammals, and waterfowl taken from the river and adjacent areas are a food source for some people who live along the river. 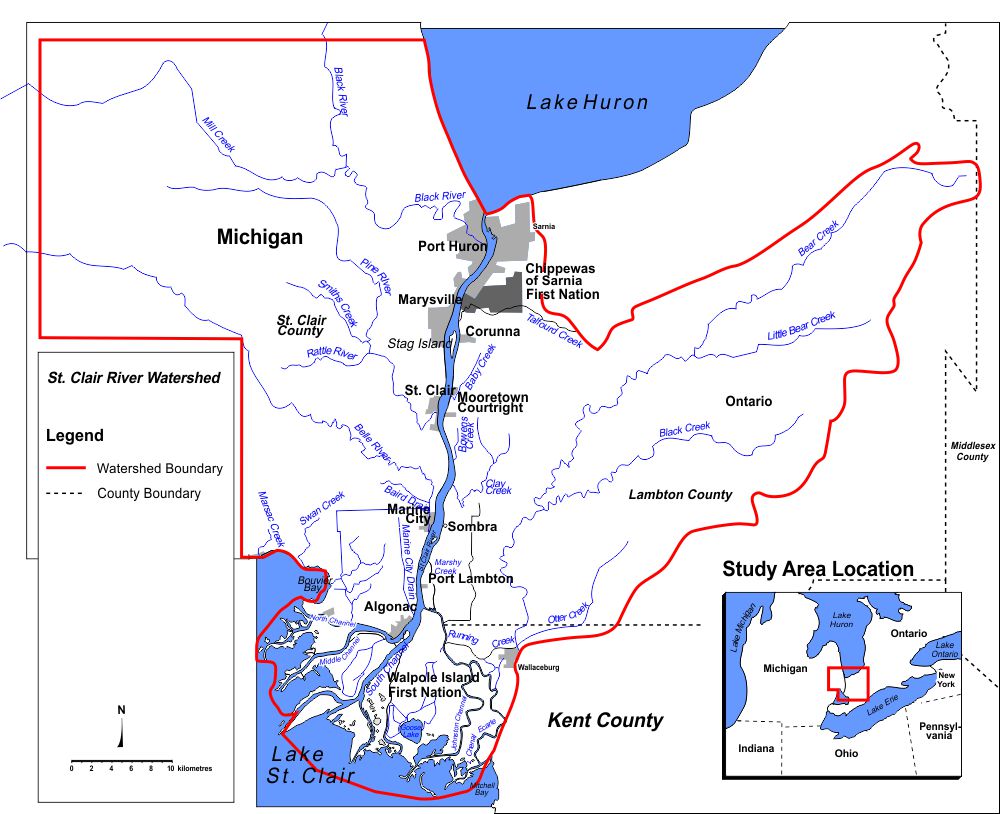 Much of the shoreline on both sides of the St. Clair River is urbanized and industrialized. A majority of the watershed away from the river in both Ontario and Michigan is used for agriculture. While a few forest and wetland remnants remain, their area has declined significantly since the 18th century.

Land areas of the St. Clair River shoreline and flats consist of two biological zones: upland and transitional, both of which are normally above the water table, but which may be flooded periodically. The upland forests consist of deciduous species, many of which are near their northern climatic limit. Most pre-settlement trees have been cleared for agriculture, industry, or urbanization. Transitional species are abundant in the low-lying regions, categorized as shrub ecotones, wet meadows, sedge marshes, and island shorelines and beaches.

The waters of the St. Clair River range from deep and fast near the Blue Water Bridge to shallow and slow in the lower river. Each area provides a unique habitat for aquatic life: macrophytes (visible marine plants), benthic macroinvertebrates (organisms that live at the bottom of a lake or stream), phytoplankton and zooplankton (floating plants and animals), emergent vegetation (plants seen above the water surface), and fish (from minnows to large sport fish).