What is an Area of Concern?

An Area of Concern (AOC) is a site on the Great Lakes system where environmental quality is degraded compared to other areas in the Great Lake Basin resulting in the impairment of the river’s beneficial uses (BUIs). A total of 43 AOCs were identified by the International Joint Commission (IJC) in the mid-1980s. 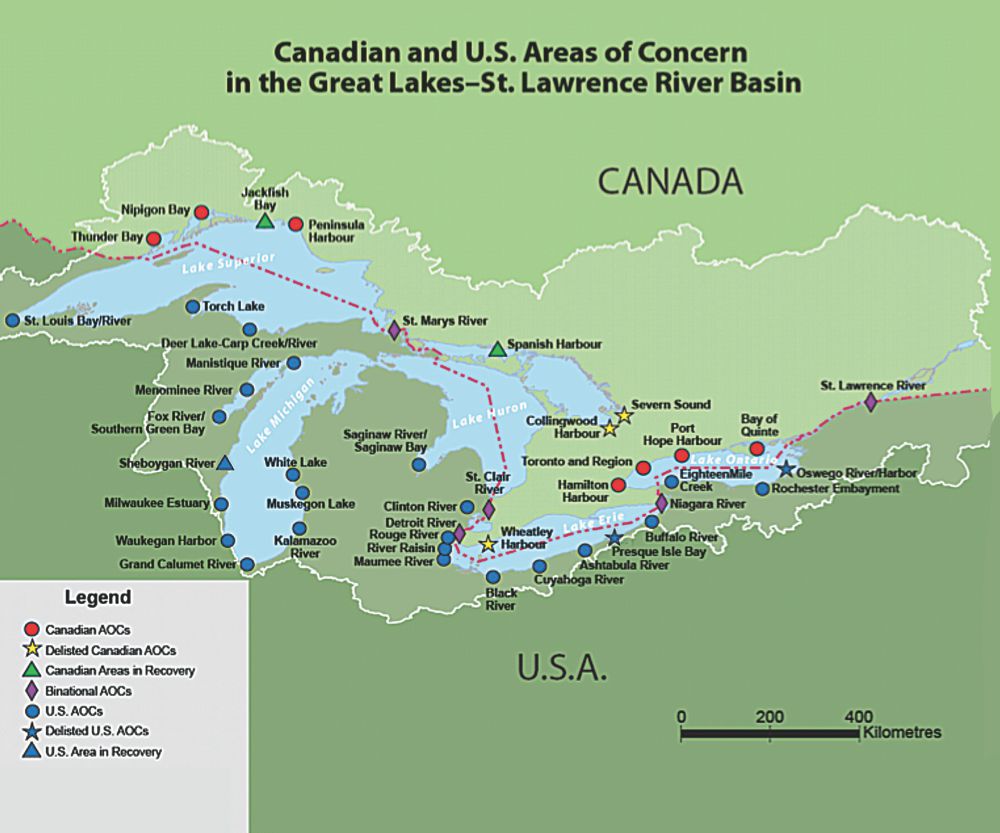 Canada and the United States enacted the Boundary Waters Treaty of 1909 and created the International Joint Commission (IJC) because they recognized that each country is affected by the other’s actions in lake and river systems along the border. The two countries cooperate to manage these waters wisely and to protect them for the benefit of today’s citizens and future generations.

The IJC prevents and resolves disputes between the United States of America and Canada under the 1909 Boundary Waters Treaty and pursues the common good of both countries as an independent and objective advisor to the two governments.

In response to environmental degradation around the Great Lakes basin, the Governments of Canada and the United States signed the Canada-U.S. Great Lakes Water Quality Agreement (GLWQA) in 1972. The GLWQA commits both countries to work cooperatively to “restore and maintain the chemical, physical, and biological integrity of the Great Lakes System”. During the same period, Canada and Ontario committed to fulfilling Canada’s obligations under the GLWQA through the Canada-Ontario Agreement (COA): Respecting the Great Lakes Ecosystem. The COA was most recently updated in 2014.

The GLWQA calls for localized, concentrated efforts to restore the 43 AOCs through the development of cleanup plans (i.e. Remedial Action Plans or RAPs). An individualized RAP is required for each AOC. The ultimate goal of the RAP is to identify and complete restoration actions in order to remove the AOC designation. The process of removing an AOC from the list is called ‘delisting’. Delisting occurs when all locally-defined actions are completed and the governments in both countries agree that scientific evidence shows the location is no worse than other Great Lakes locations and that there is local, public support in favour of delisting.

Learn More with our Interactive StoryMap!