In 1985, the International Joint Commission (IJC) identified the St. Clair River as an Area of Concern (AOC) in the Great Lakes Basin as it did not meet the objectives of the Great Lakes Water Quality Agreement.  Available data and field studies indicated that water quality and environmental health were severely degraded.

The St. Clair River is one of only 5 bi-national AOCs.  Therefore, a collaborative effort between Canada and the United States is underway to delist the river as an AOC.  The river will only be delisted once all recommended actions have been completed on both sides of the river. 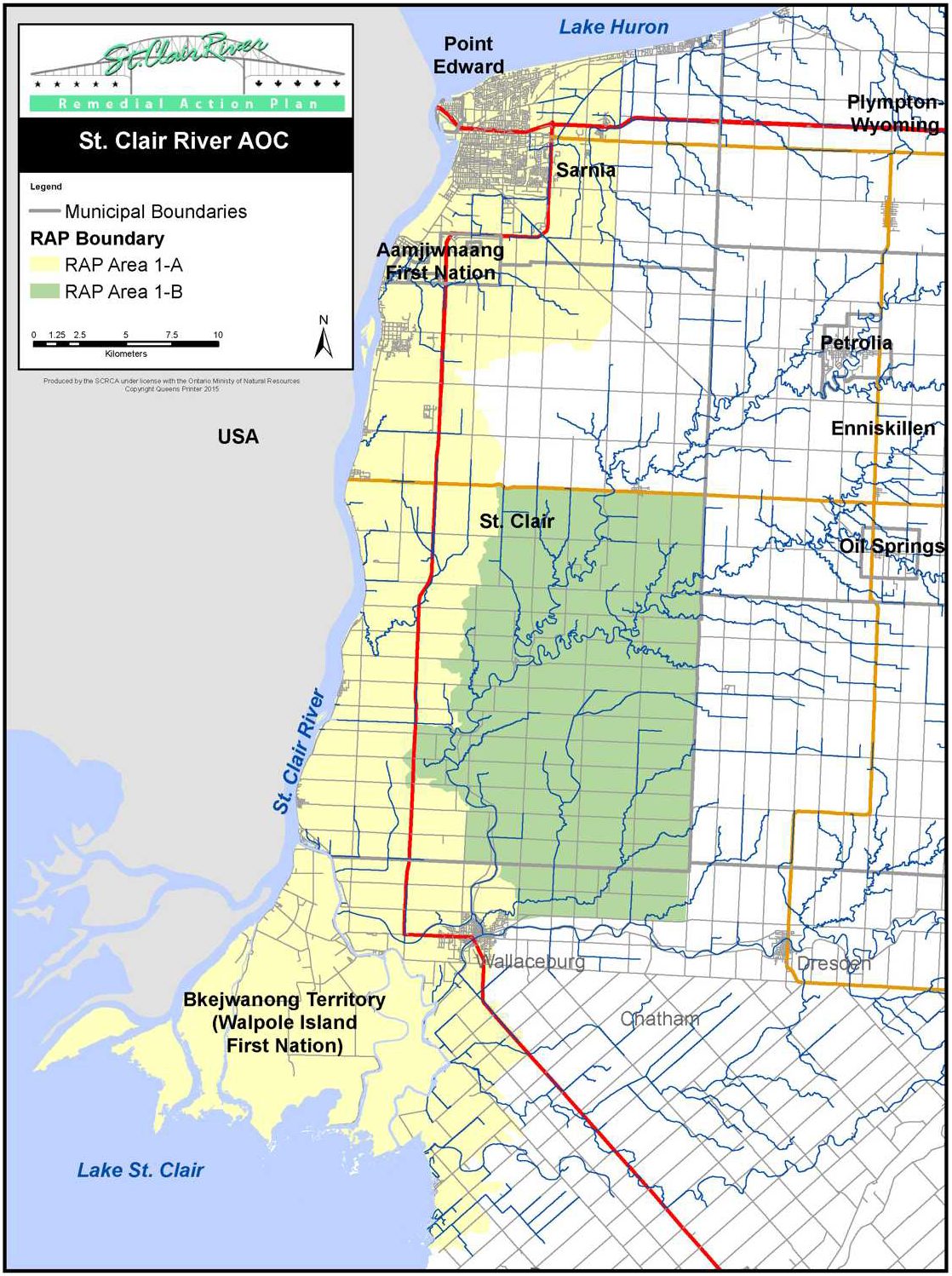 As a result of degraded environmental quality in the river and adjacent habitat, impairments to the beneficial uses were identified.  These impairments could be attributed primarily to pollutants such as bacteria, heavy metals, and toxic organics, which had come from municipal and industrial discharges, urban and rural runoff, combined sewer overflows (CSOs), contaminated sediments, and the loss of aquatic and coastal habitats.

The Stage 1 RAP report for the St. Clair River was published in 1991.  It described the environmental conditions of the river and identified the status of Beneficial Use Impairments (BUIs) based on criteria developed by the IJC.  Of the 14 possible beneficial uses, eight were deemed “Impaired”, four were classified as “Requires Further Assessment” and two were considered “Not Impaired”.  In 1995, the St. Clair River Stage 2 Recommendation Plan was released, which offered new information on water use goals, remedial measures, and implementation strategies.

Once all BUIs are re-designated to a “Not Impaired” status, a recommendation to the IJC can be made to “delist” the St. Clair River as an AOC.  The process of “delisting” an AOC is a significant milestone as it signifies that the health of the aquatic environment has been significantly improved. 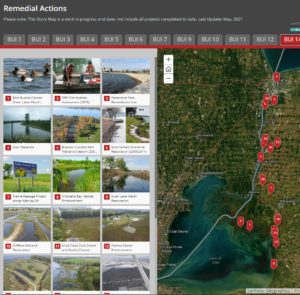