“Today, we are celebrating another important step in the restoration of the St. Clair River Area of Concern,” said Kris Lee, Canadian Co-Chair of the BPAC, “We continue to make progress towards our goal of removing the river from the list of Great Lakes AOCs thanks to the commitment and support of all our dedicated partners.”

The St. Clair River was identified as a binational Area of Concern in 1987 due to a lengthy history of urban and industrial development. For over thirty years, the local community, Indigenous communities, and government have been working together to improve local water quality and habitat. Progress is measured through the assessment of 14 environmental challenges (Beneficial Use Impairments) of which 12 were identified in 1991 for the St. Clair River. Today, seven of the original 12 BUIs have been restored, including the four celebrated during the event – Fish Tumours or Other Deformities, Bird or Animal Deformities or Reproductive Problems, Restrictions on Dredging Activities, and Beach Closings.

The 50th Anniversary of the Great Lakes Water Quality Agreement was also recognized during the celebrations. Originally signed in 1972 between the governments of Canada and the USA, the agreement serves as a commitment between the two countries to restore and protect the waters of the Great Lakes. “It was through this agreement between Canada and the USA, that the Area of Concern program originated. It enabled us to take action and make progress in restoring this important waterway,” said Lee.

Due to capacity limitations, the event was by invite only which welcomed those who had been involved in the St. Clair River Area of Concern program. In addition to BPAC members, guests included members from the Canadian Remedial Action Plan Implementation Committee, Friends of the St. Clair River (Canada and U.S), representatives from provincial and federal agencies, local elected officials, members of Aamjiwnaang First Nation and Walpole Island First Nation, and American partners. 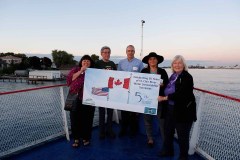 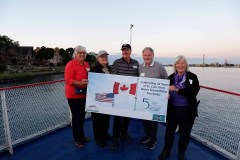 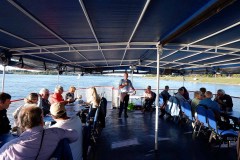 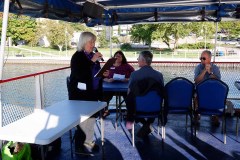